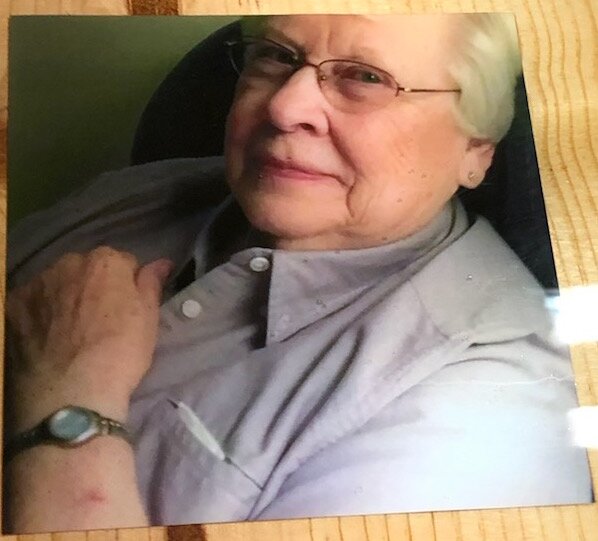 Please share a memory of Dorothy to include in a keepsake book for family and friends.
View Tribute Book

Dorothy Irene (Burnett) Martin, age 88, passed away on August 30, 2022, at the Greeley County Long Term Care Unit in Tribune, Kansas. She was born on August 24, 1934, in Towner, Colorado to Charlie and Mildred (Corr) Burnett.

On June 15, 1952, Dorothy married Lawrence Martin at the Assembly of God church in Tribune. They celebrated 60 years of marriage before he passed away on September 1, 2012.

She was preceded in death her husband, her parents, her sisters Marie Butler, and Louise Myers.

A private graveside service will be held for the immediate family at the Greeley County Cemetery with pastor Justin Sherer presiding.

Memorials in lieu of flowers may be given toTribune Assembly of God Church in care of Price and Sons Funeral Home, PO Box 161, Leoti, KS 67861.

Share Your Memory of
Dorothy
Upload Your Memory View All Memories
Be the first to upload a memory!
Share A Memory