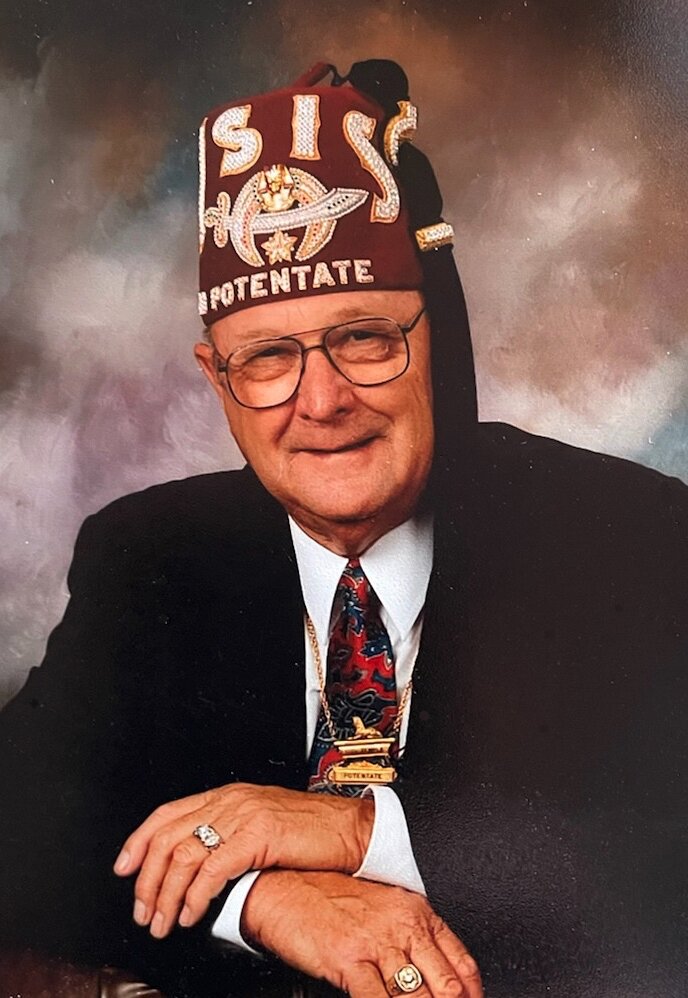 Please share a memory of Richard to include in a keepsake book for family and friends.
View Tribute Book

Richard L. “Dick” Barton, age 89, passed away on Monday, August 8, 2022, at his home in Scott City, Kansas.  He was born on May 15, 1933, in Hutchinson, Kansas, the son of Henry LaVerne and Dorothy Marie Welty Barton.  A resident of Scott City, Kansas since 1979 moving from Dighton, Kansas, he was a retired school administrator.

He was a US Marine Veteran of the Korean Conflict, and was a member of the United Methodist Church, Anthem Masonic Lodge #284 both of Scott City, Kansas, and was a Past Potentate of Isis Shriners of Salina, Kansas.

He was preceded in death by his Parents, Step-Mother, Two Brothers - Bruce Barton and Kenneth Barton, and One Grandson - Curtis Emberton.

Graveside Memorial services will be held at 11:00 a.m, Tuesday, August 16, 2022, at the Scott County Cemetery in Scott City, Kansas with the Rev. Jeff Goetzinger presiding.  Services will be live streamed at 10:55 or anytime after by clicking the "Live Stream" button on the left side of this page.

Share Your Memory of
Richard
Upload Your Memory View All Memories
Be the first to upload a memory!
Share A Memory